Lockdowns have hit our communities hard

One whānau recently had rats chew through the power cords to their washing machine and fridge. Just as it did in 2020 Covid and lockdown caused significant angst and hardship for some of our Dreamers and their whānau in 2021. Being based at Tikipunga High school meant Navigator Jon was able to assist with the distribution and delivery of kai packs to whānau in need and thus play a small part in actively supporting some of our I Have a Dream whānau.

Through collecting the specially prepared kai packs from our Dream Partner Pak N Save, and distributing and delivering packs to whānau, Matua Jon discovered first hand the extent to which a number of our Dreamers and their whānau were ‘doing it tough’. While the relationships and whanaungatanga that have always been significant to Jon helped anchor him, there were three stories that continue to vex and unsettle him.

The first story was of a 6 month pregnant mum who had come to the I Have a Dream HQ at Tiki High to collect a kai pack. The mum, her partner, and their two primary school age tamariki were in emergency accommodation in a cabin in a local holiday park. While the cabin had a fridge, kettle and toaster it did not have a table and chairs meaning the whānau had to sit on the floor to eat. All food preparation and cooking, dishes, laundry, and bathing had to be done in the camp’s communal facilities.

The second harrowing story came from one of our primary school Navigators who called in to the HQ to collect kai packs to deliver to a number of her whānau. ‘Thinking out loud’ while loading the packs, the Navigator was trying to come up with a temporary refrigeration solution for perishable items in the kai pack for one particular whānau who recently had rats get inside their house and chew through the power cords to their washing machine and fridge.

The last whānau situation that has had a lasting impact on Jon involved a family of five who had been ‘couch surfing’ with whānau and friends since the beginning of the year. Toward the middle of Term 3 it emerged that the two oldest children, a girl in Year 7 and boy in Year 8 had not attended school since early Term 2 as they, along with mum and two toddler siblings were staying with friends on a rural property 50 minutes from school. Even if the whānau had their own car their financial situation would have made it nigh on impossible to get the two taitamariki to and from school five days a week. In talking with the mum about their situation, Jon learned that due to the limited space in the house they were staying at, all five of the family were sharing a single room. As a way of giving mum a break of sorts, Jon offered to have one or both of the high schoolers stay with him and his family for as long as needed or wanted. After a few days discussion and contemplation the Year 8 boy opted to stay with Jon and his family for what turned out to be a ten week period spanning the second half of Term 3, the Term 3-4 school holidays, and lockdown. For the balance of Term 3 the boy relished being back at school, his attendance was 100%, and his teachers and whānau teacher delighted to see him back. In mid October the whānau secured a Kainga Ora house in Otangarei and are now reunited, the high schoolers are back at school, and the mum is elated to have her own whare.

Before Jon started working for I Have a Dream he had read and seen news stories about the lower socioeconomic socially disadvantaged groups across the country however, it is one thing ‘reading’ about these sorts of issues and another experiencing them first hand and being able to truly understand and empathise with the position some whānau are in. While stories like these ‘cut deep’, Navigator Jon also feels incredibly grateful, humble, and thankful that through the generosity and altruism of our Donors, he is able to be a part of the amazing kaupapa that is I Have a Dream.

As a Navigator, Jon gets to be a life-long coach and a mentor – someone who can be there when the times get tough for tamariki (students). He gets to work with the kids, at their home with their whānau and at school. Every child needs someone to guide them, to help them navigate this life and Jon, as a Navigator feels privileged to be able to do this. 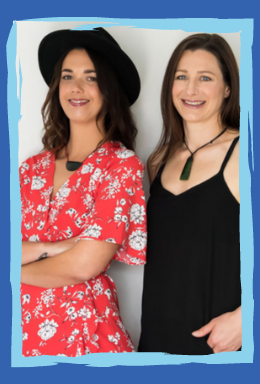 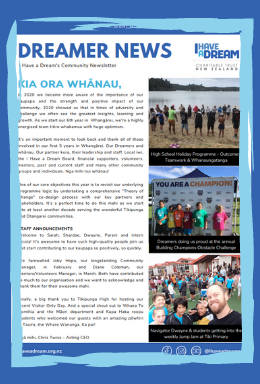